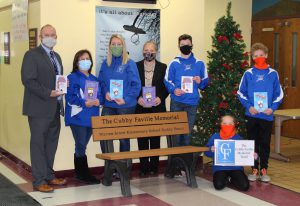 Representatives from the Cubby Faville Memorial Foundation recently donated 950 books to elementary students at the Greater Johnstown School District, with each student in kindergarten through sixth grade receiving a book as a holiday surprise.

“We are beyond grateful to the Cubby Faville Memorial Foundation for their continued support of the students at The Greater Johnstown School District,” Warren Street Principal Bob Kraemer said. “Mr. Faville – or “Namp,” as his grandchildren affectionately called him – left an impression on every child that he met,” Pleasant Avenue Elementary Principal Cory Cotter said. “This gesture is perfectly symbolic of the love that he had for the children in our community.” 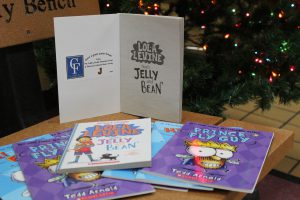 The Cubby Faville Memorial Fund is a non-profit organization that was created in 2014 to honor the memory of Mr. Everett C. “Cubby” Faville, who passed away unexpectedly in 2013 at the age of 56. The objective of the organization is to promote education and athletics in Mr. Faville’s hometown community – a community in which he lived, worked, volunteered and raised his family.

Mr. Faville’s community roots are extensive. He graduated from Gloversville High School in 1975 and after three years in the U.S. Army, earned a Culinary Arts degree from Schenectady County Community College and a Bachelor’s degree in Education from Nyack College. He worked as an aide and teacher for several years at the former Tryon Boys and Girls Center and was the Foundations of Food teacher at HFM Boces in Johnstown for 10 years.  He enjoyed teaching and was driven to make a difference in each of his student’s lives. They knew it, and they loved him for it. 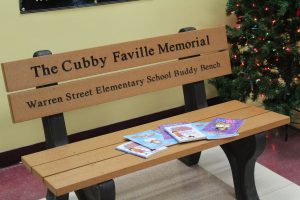 Mr. Faville also worked as a chef and banquet coordinator at Fox Run Golf Club in Johnstown and operated Buck’s Pizza in Gloversville, with his wife Mary Jo.

To learn more about the Cubby Faville Memorial Fund, visit their website:  http://cubbyfaville.com/

« Board of Education Corner – December 2020
How YOUR Family Can Benefit from Participating in the National School Lunch Program! »
Top