Jones follows interim athletic director Mike Satterlee, who will retire at the end of this school year after nearly 40 years with the Johnstown district 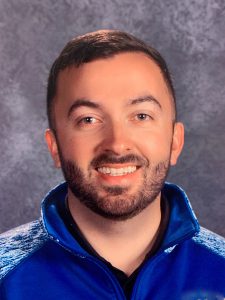 “With the retirement of Mr. Satterlee, Johnstown is losing an iconic member of the district’s athletic department. He has taught and coached thousands of Johnstown youth and left an indelible mark on all of us who have been fortunate enough to learn from him and work side by side with him,” Superintendent of Schools Dr. William Crankshaw said. “We are excited to have Mr. Jones join the district, and for him to have the opportunity to work alongside Mr. Satterlee prior to his retirement. Mr. Jones will learn about Johnstown from one of the best as he kicks off what we hope will be a very long and productive career as athletic director at GJSD.” 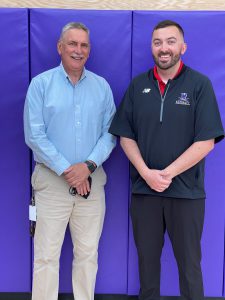 Jones joins Johnstown from the Granville Central School District where he was an elementary physical education teacher and head coach of the varsity boys soccer team. He spent three years as the assistant athletic director and physical education and health teacher at Stephen T. Mather Building Arts & Craftsmanship High School in New York City, where he was also the head coach for the bowling team and varsity softball assistant coach. Prior to that, Jones taught in the Whitehall Central School District, where he also coached the JV baseball team and modified boys basketball team.

Jones is a native of Hudson Falls, N.Y., where he was a Section 2 athlete who competed in the Foothills Council for the Hudson Falls Tigers as a member of the golf and baseball teams. He also competed on the Junior PGA of Northeastern New York and played travel hockey with the Adirondack Youth Hockey Association.

Jones said that competing against Johnstown in high school as a fellow Foothills Council athlete left a positive impression on him.

“What I remember most about Johnstown is the support that the community always showed for their athletes,” Jones said. “The classic purple and gold color scheme was iconic, the stands were always packed, and there was always a strong sense of tradition and community pride. I’m grateful to be joining a district with such a storied athletic history and a community that has demonstrated so much heart over the years.”

Jones lives in Saratoga Springs with his wife Hannah, a former high school soccer standout who currently teaches first grade at Jackson Heights Elementary School in Glens Falls. They share their home with Sophie, an adopted cockapoo. In his spare time, Jones said he enjoys anything outside — biking, hiking, kayaking, golfing and spending time in the Lake Placid region.