Johnstown’s Odyssey of the Mind program had another very successful year at the Regional competition held Saturday, March 9, at Fonda-Fultonville Central School. Our district was well represented by 15 teams, who should all be proud of their hard work.

Five Johnstown teams are now advancing to the New York State finals in Binghamton on March 23. First place teams include The Energetic Engineers from Knox Junior High, coached by Mr. Joe Naselli, and the Warren Street fifth grade team coached by Mr. Dave Downing. Both teams competed in the “Omer to the Rescue Again” problem, with the Downing team winning Division I and the Naselli team winning Division II. 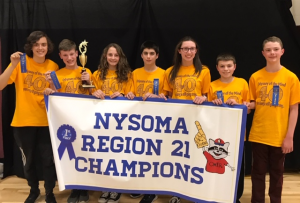 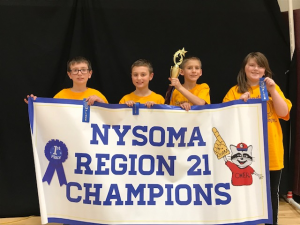 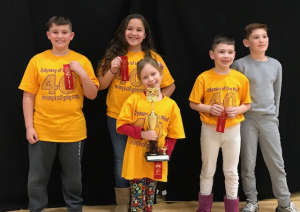 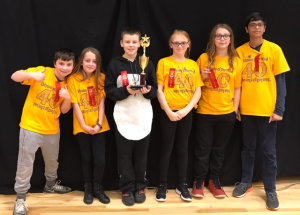 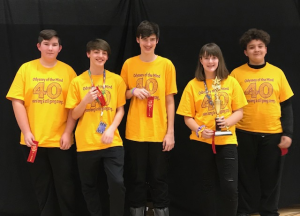 We are very grateful for the approximately 30 volunteer coaches, as well as the support received from our community this past weekend.  It was great to see so many families, teachers, administrators, and Board of Education members at competition.

Odyssey of the Mind members and their families are invited to attend our end of year celebration from 6 – 7 p.m. on Monday, March 18, in the Warren Street cafeteria. We will be recognizing our student competitors at this time.