JOHNSTOWN HIGH SCHOOL
TOP 10 SENIORS of the CLASS of 2018 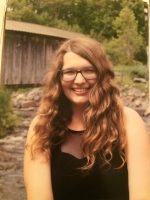 Kayla Wesley, the daughter of Greg and Stacy Wesley, is the Johnstown High School Class of 2018 Valedictorian. She is a member of the William A. Wright Chapter of the National Honor Society and the International Club. She has played trumpet for spring marching band since sophomore year. Kayla is proud to have played for the Johnstown Field Hockey team throughout high school, where she served as a captain her senior year. She has been recognized in field hockey with the Coach’s Award and made Foothills All-Star second Team. Kayla has won several academic awards throughout her high school career, including the Spanish 3 Award, Global and English 10 Honors Awards, Advanced Composition Award, Student of the Quarter for Physics and Health, and the Rensselaer Medical Award. Kayla will attend Albany College of Pharmacy and Health Sciences in the fall to pursue her doctorate in pharmaceutical sciences. 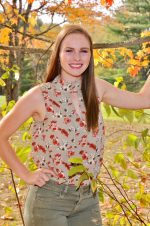 Lauryn Wilson, the daughter of Christopher Wilson, Candy Wilson and Colleen Snell, is the Johnstown High School Class of 2018 Salutatorian. Lauryn was the secretary and is now the vice president of Student Council. She is an active member in International Club, and also participated in Key Club, Yearbook Club, Jazz Band, Marching Band and Acapella. She also enjoyed playing the oboe in band, where she received the Woodwind Performance trophy, and singing in choir, where she received the Most Improved trophy. She was the captain of the Nordic Ski Team, where she received the Most Improved Award. She also participated in soccer and cross country.  In track, Lauryn received the Most Improved and the Coach’s Awards. Lauryn has spent time performing community service at Sacandaga Bible Conference, the Humane Society and the Wells House. Lauryn will attend the University of Rochester in the fall to major in Psychology. 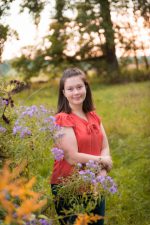 Jillian Martelle is the daughter of Jennifer Martelle-Mahon and William Martelle. She will attend SUNY Oneonta to study Biology with a Pre-Veterinary Concentration. Jillian has been involved in many clubs and activities. She is a member of Student Council and the Backpack Program. She is the public relations officer of both National Honor Society and Key Club, and is the current president of the school newspaper. She participated in soccer for most of her high school career and loves to stay active. Jillian participated in choir in the beginning of high school and is a past recipient of the Most Dedicated Award. She has played violin since she was seven years old and participated in NYSSMA for two years. Jillian’s volunteer work includes helping with the NOAH program, volunteering in various triathlons, assisting at the fall festival and helping clean the highway with the Key Club. Jillian would like to thank her family for their constant support and encouragement. 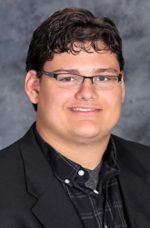 Patrick Blake is the son of Trina and William Blake. He will attend Fulton-Montgomery Community College to study mathematics.  Patrick has been involved in JV and varsity football throughout his high school career. He received the Geometry Award as a freshman and the Chemistry and Trigonometry Awards as a sophomore. During his senior year, he was named Student of the Quarter for Health. From time-to-time, he does community service at the North Bush United Methodist Church. 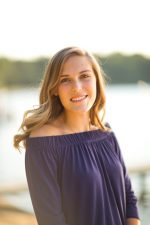 Emily Clizbe is the daughter of Angela and Christopher Clizbe. She will attend Quinnipiac University to study Nursing. Emily is co-vice-president of Student Council, secretary of the Class of 2018, captain of the Varsity Girls Lacrosse Team and a member of the National Honor Society. She was chosen to attend HOBY as a sophomore and she is currently a part of the New Visions program at Nathan Littauer through HFM BOCES. Emily has been heavily involved in her community. She has volunteered with Rise Against Hunger for the last four years, which lead to her own service project. She has also taken part in delivering holiday meals, as well as working at the Friday’s Table Soup Kitchen at the Church of the Holy Spirit. She continues to be an active participant in the First Presbyterian Church of Broadalbin’s fundraising activities and events. 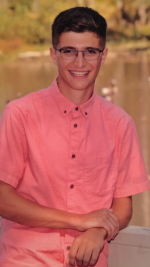 Christian Solby is the son of Stacey Jacques and Richard Solby. He will attend Siena College to study Mathematics, where he has been awarded the Siena College Presidential Scholarship and the St. Francis Scholarship. Christian has been a member of the Varsity Soccer team for four years, receiving the Coaches Award in his sophomore and senior years, as well as Foothills Honorable Mention. As a member of the track team he received the Most Improved and the Most Outstanding award and Foothills Honorable Mention recognition. Christian was the 2018 recipient of the NYS Association for Health, Physical Education, Recreation and Dance Leadership Award. He has been involved in class activities, serving as president his freshmen year. He has also written for the JHS school newspaper “The Bugle”, and is a member of the National Honor Society. Christian is a member of Holy Trinity Catholic Church in Johnstown and volunteers as a coach for the Fulton United Youth Soccer League. 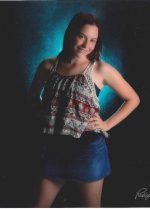 Julia Sarullo is the daughter of Joe and Juanita Sarullo. She will be entering the United States Marine Corps on July 16, 2018. As a high school student she has been an active member of many clubs and sports. Julia was recognized as Athlete of the Week for Cross Country in both her freshmen and senior year. She has been an active member of Masterminds since ninth grade. As a junior, she broke a 13 year record in girls 200m steeplechase by three seconds. Julia also joined girls cheerleading for basketball. During her senior year she joined science club, yearbook and spring guard.  She also placed 10th at states for cross country as a senior. 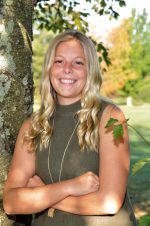 Abigail Levin is the daughter of Jim and Lesa Levin. She will attend Marist College in the fall. She is a student in the New Visions Program at Nathan Littauer Hospital through HFM BOCES and is a member of both National Honor Society and National Technical Honor Society. She has maintained a ninety plus average all four years of high school, while being a four year, three sport athlete. Abbie’s awards include: four years of Scholar Athlete for Soccer, Basketball, Nordic Ski, and Lacrosse; Student of the Quarter for Biology; Leadership Award from Clarkson University; captain of both Varsity Soccer and Lacrosse; Most Dedicated Soccer Award; and the 2018 Capital Zone NYS For Health and Physical Education Leadership Award. She is also an active member in International Club and Captains Council, and has served as class treasurer throughout her four years at Johnstown High School. She would like to thank her family for their constant encouragement. 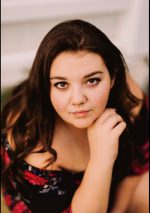 Ashley Ruehle is the daughter of Laura Ruehle. She will attend the University of Tampa to study Biochemistry and Spanish. Ashley has been involved in International Club, Science Club, National Honor Society, Masterminds, Student Council and Key Club. She was treasurer and then president of the Science Club. She was also treasurer and divisional executive assistant for Key Club. Ashley was honored with the Spanish II award and CASDA recognition. Ashley is very involved in her church, First Presbyterian Church of Johnstown. She was a Youth Deacon for her junior and senior years. She is also very active in community service. Ashley travels to NYC to attend charity events, where she participates in raising money for the Honey Bee Conservancy, World Vision and many more.  Ashley and her friends planned and hosted a dinner at her church which raised over $1,200 for disaster relief.  Ashley also gives back to her community by helping at her local soup kitchen. 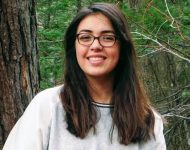 Abigail Baker is the daughter of Charles and Maritza Baker. She will attend Cedarville University to major in Communications. When Abigail was inducted into the National Honor Society, she showed a passion for the people in her community. She volunteers at 3:16 Youth & Community Center and Sacandaga Bible Conference, as well as her church, Perth Bible Church.  Abigail has been a member of the Varsity Masterminds team, which earned second in regional championships. She is involved in Wind Ensemble and the Jazz Collective, frequently attending the All-County Music Festivals. She was also treasurer for the Music for the Mind organization that aimed to raise awareness for mental illnesses. Abigail was also awarded the Fulton County 2018 Youth Lead-By-Example Award. She would like to thank her parents, sister, and grandparents for their faithful love and support.