Curtain Up: “Egad, The Woman in White”

Terror, horror, and outright hilarity are combined in the fall production of Tim Kelly’s “Egad, The Woman in White”, sponsored by the Johnstown Music Support Group. This fast paced old-fashioned melodrama plays this Friday and Saturday at 7:30 p.m. and Sunday at 2:00 at the Johnstown High School auditorium. 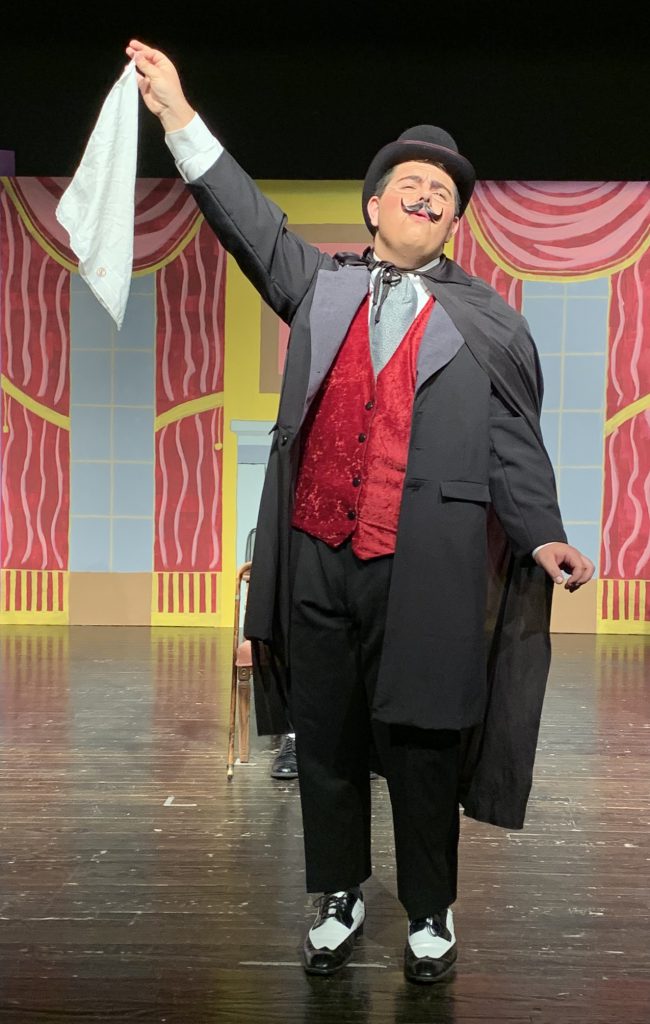 The plot (based on Wilkie Collins’ 1859 classic gothic mystery) revolves around Sir Percival Glyde (played by senior Jacob Frenyea), a villain who conjures up an evil plan with the help of Countess Fosco (Isabella Dittmer) to become wealthy. He schemes to marry the rich, cheery heiress Laura Fairlee (senior Emily Long), convince the world that she has died, and hide her in an insane asylum. 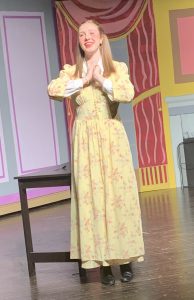 Plagued by poverty, Sir Percival is haunted by Lawyer Gilmore (senior Alex Shepherd), a man determined to make Percival pay his bills. Percival must also deal with Laura’s erstwhile protector and drawing master Walter Hartright (Landon Hale), the disapproval of her confident cousin Marian Halcombe (senior Gina Franko), and the recent arrival of a face from the past, Mrs. Minerva Catherick (Jennie Cronin).

As the story unfolds, we are intrigued by the antics of Luke Solby as the hypochondriac Frederick Fairlee, Autumn Kurtz as Percival’s inept housekeeper Dora, and the mysterious woman in white. 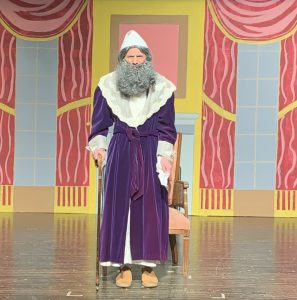 Frenyea’s performance as the villain of the piece is a tour-de-force as he snivels, plots and cajoles throughout, in both terrifying and hysterical ways. Franko keeps a steady hand on practicality, Long plays the poor suffering heroine and Hale delights with boyish exuberance. 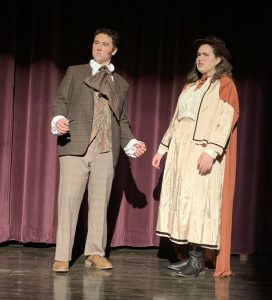