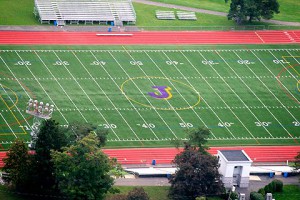 The field was developed following the Board of Education’s August 20, 1928 acceptance of the generous offer by local businesswoman Mrs. Rose M. Knox, owner of the Knox Gelatin Company, to bear the expense to construct and equip an athletic field in the City of Johnstown, “to be thereafter known as Knox Athletic Field and to be forever maintained and supervised by the Board of Education.” According to official Board of Education minutes, a Dedication Ceremony for the Knox Athletic Field was held on October 1, 1930, and the services of the first caretaker for the field commenced in full on November 10, 1930. 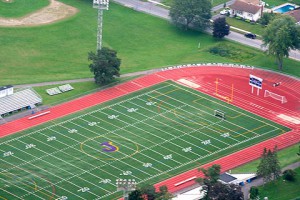 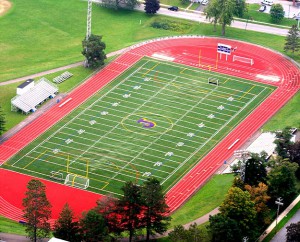 Remaining in continuous use by Johnstown schools since its inception more than 80 years ago, Knox Field was most recently updated as part of a capital project approved by district residents in 2005. In addition to the field and surrounding track pictured here, the Knox complex boasts a bridle walking path, a playground area and tennis courts that are open for use by the community. It also hosts the School Museum, which occupies the original field house facing Glebe Street.